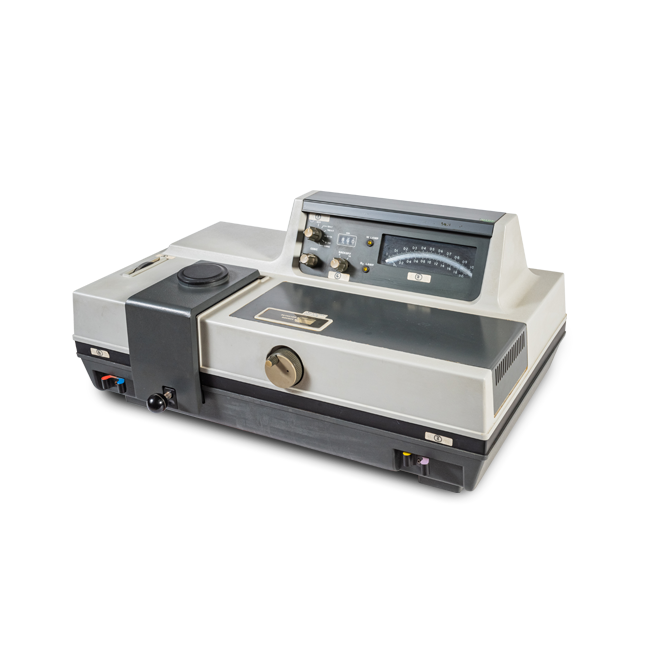 Spectroscopy uses light to determine the absorbency of a substance. In simple terms, the technique maps the interaction between light and matter and makes measurements. As matter absorbs light it undergoes either excitation or de-excitation, which generates what is known as a spectrum. This allows the measurement of the rate at which a beam of light weakens after passing through a substance.

The main parts are the sample holder, entrance slit, source of light (lamp) and collimator, a prism (to disperse light), focusing optics and a detector. Tungsten filament lamps and Hydrogen-Deuterium lamps are most widely used as a suitable light source since they cover the required wavelength spectrum.

This is a fixed (non-scanning) spectrophotometer with the capacity to measure multiple wavelengths within the ultra-violet (UV) and visible light frequencies. It is equipped with a single sample holder and light beam so that an absorption graph would be manually made by repetitive measurements at various wavelengths and plotting the results.

The sample would be made into a liquid solution and placed into a small container called a cuvette – a small tube-like container with straight sides and a square cross-section that is sealed at one end, and made of a clear, transparent material such as plastic, glass, or fused quartz so as not to interfere with the analysis.

The cuvette would then be placed into the sample holder with the clear sides facing the direction of the beam so that a measurement could be made. This instrument’s sample holder has four slots that can be positioned in the way of the light beam by means of a lever that pulls the sample assembly back and forth. 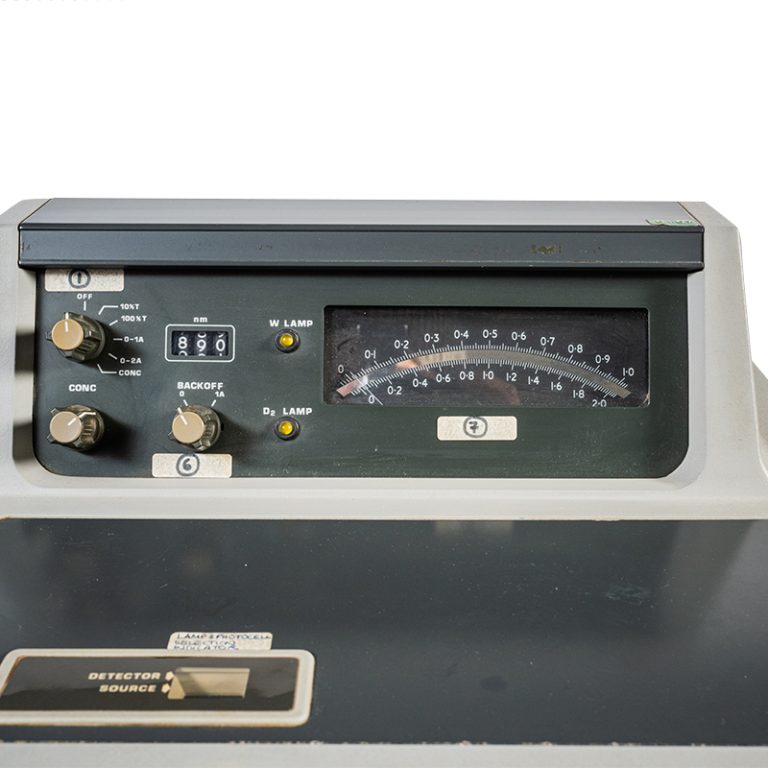 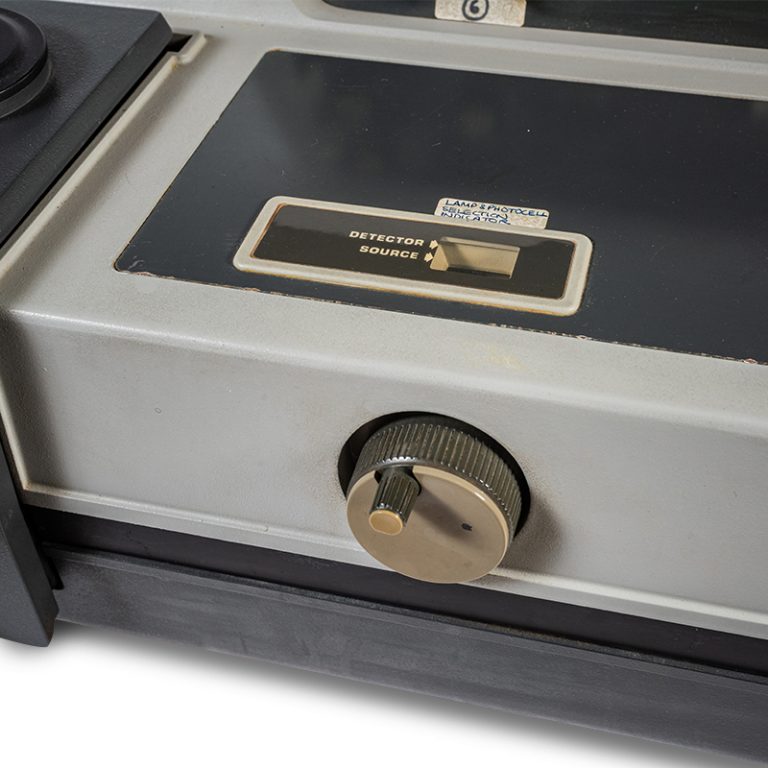 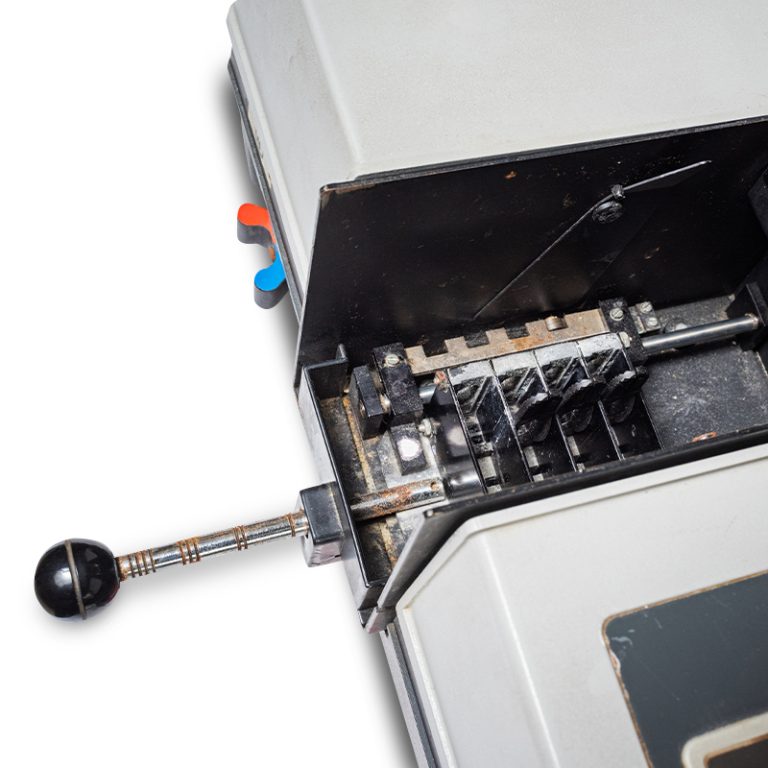 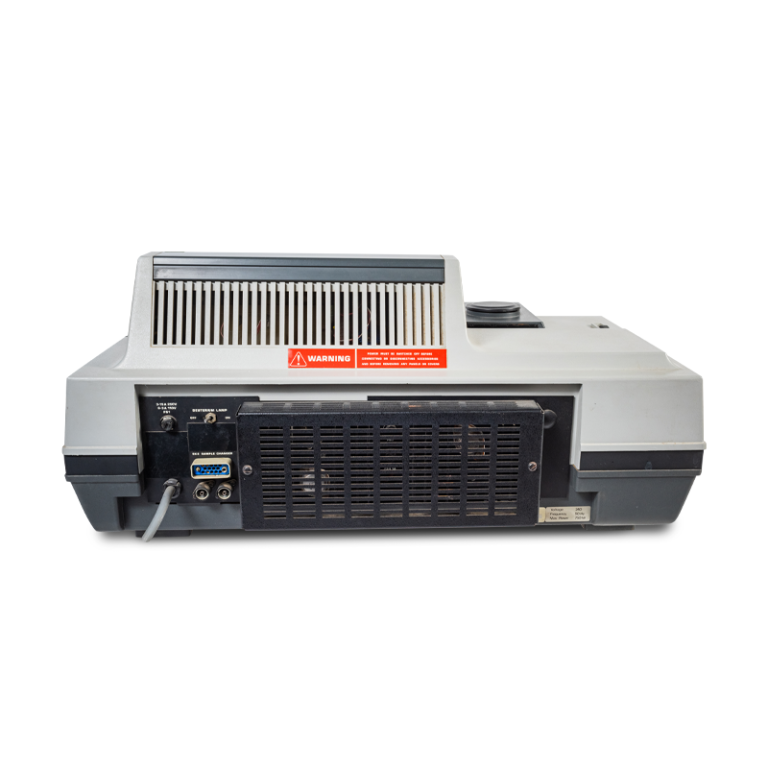 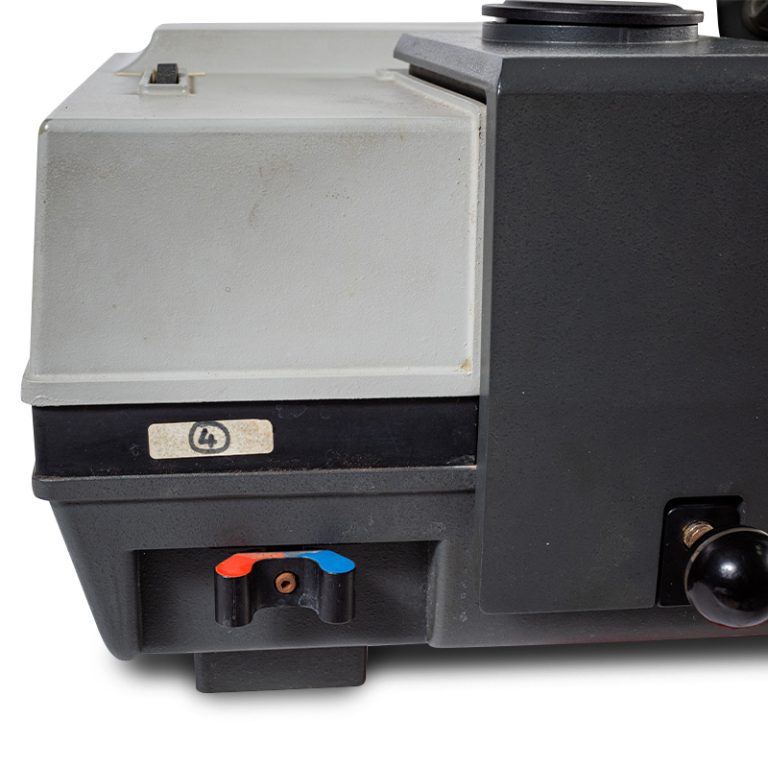