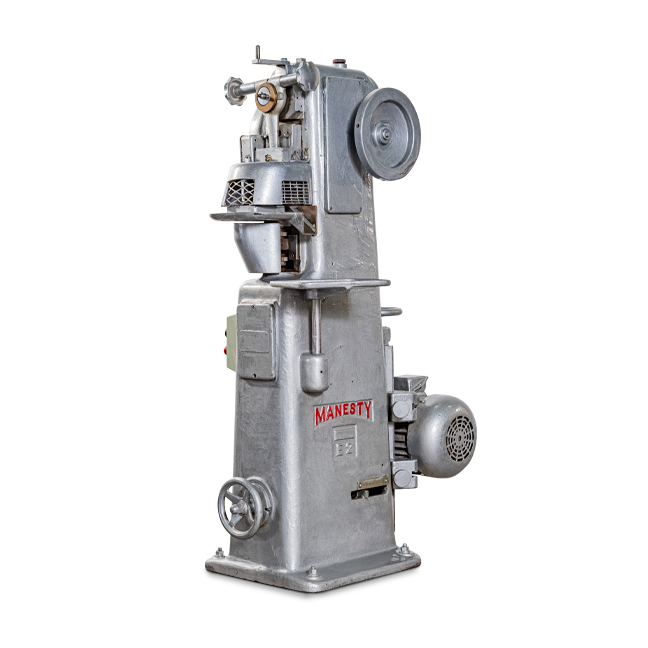 A tablet machine (also called a tablet press) is designed to compress powder into tablets of uniform size and weight depending on what is required.

It works by adding a powder mixture into the hopper which is adjusted upwards or downwards to give the required flow depending on the speed of the machine and the powder falls into a cavity formed by the lower punch and the die that surrounds it.

By adjusting the lower punch position, upwards or downwards, the volume of powder and hence the weight of the resulting tablet can be decreased or increased. Once the die has been filled with powder, the “shoe” moves sideways swiping the excess powder from the top of the cavity and then the upper punch comes down with great force compressing the trapped powder. The upper punch then moves upwards and out of the way, and the lower punch is raised thereby ejecting the tablet.

The tablet shape can be varied by choosing tooling (upper and lower punches and die) to match although complicated shapes have only appeared later.

This, being a single punch machine, the output is low compared with multi-station machines and this type of tablet machine was most useful in making small batches or in the development of a product where again small batches were made in order to test the tablet characteristics and specifications and modifying the parameters and/or the formula until the desired result was obtained. 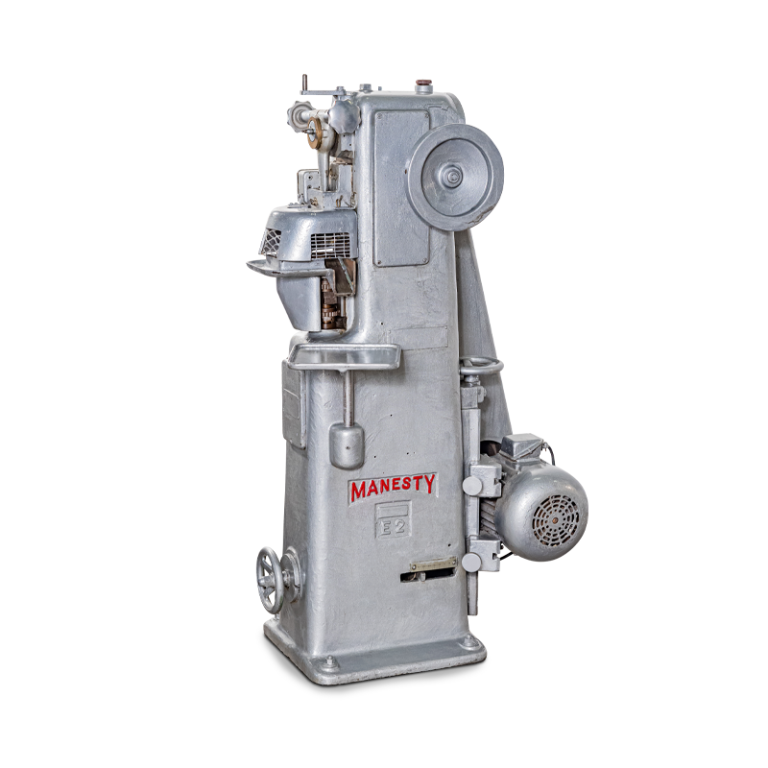 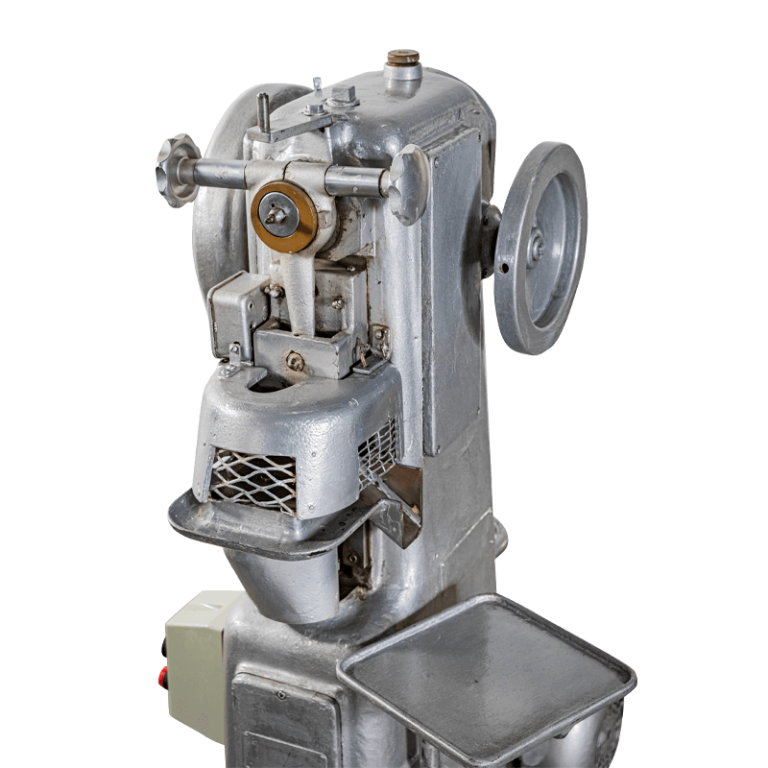 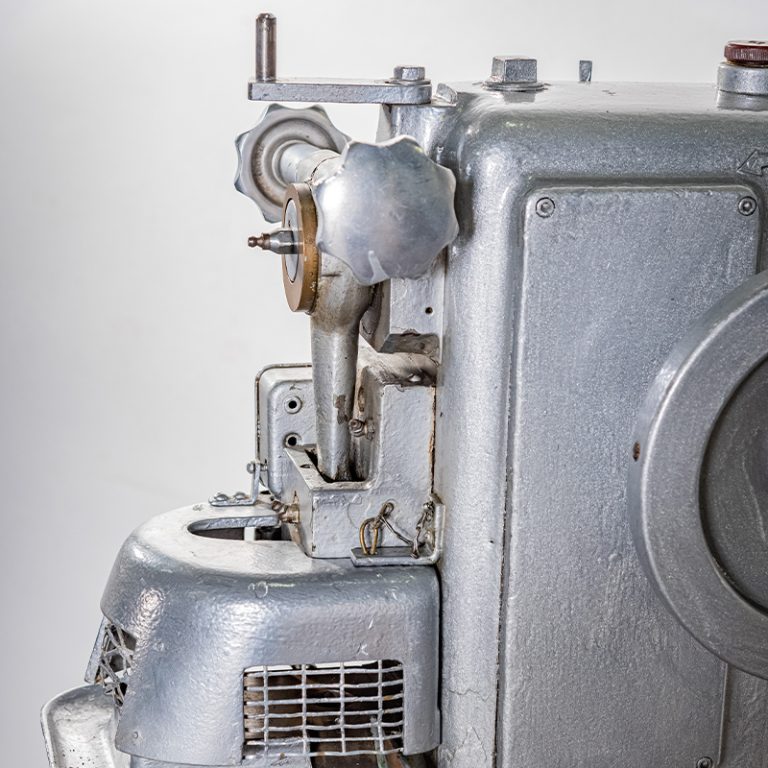 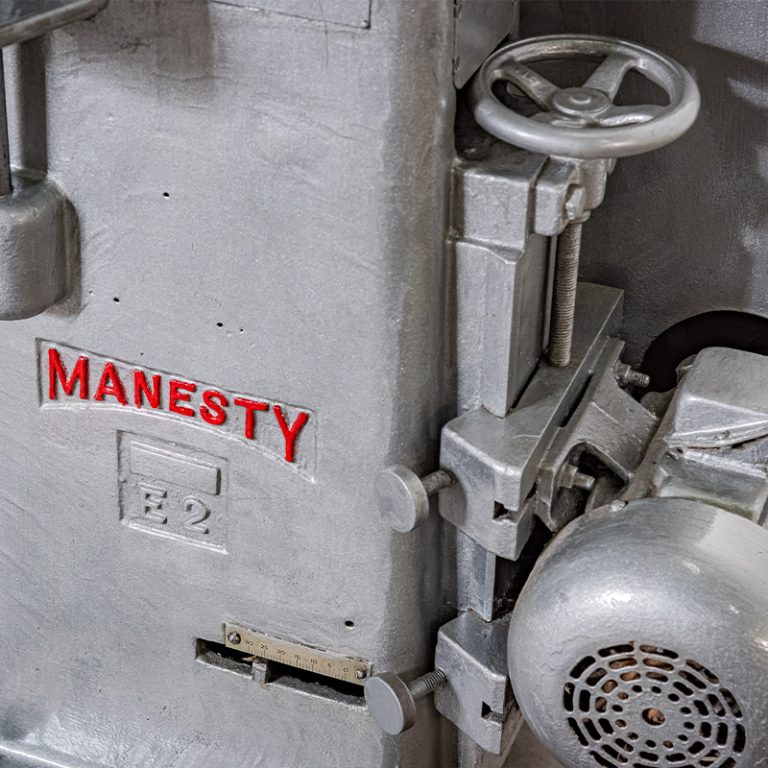